During a long era, electronic mail was the main communication tool for enterprises. Slack, which offer public or private group discussion boards and instant messaging between two people, challenge its position, especially in the IT industry.

Not only Slack has features known and used since IRC launch in the late ’80s, but Slack also offers file sending and sharing, code quoting, and it indexing for ulterior searches everything that goes through the application. Slack is also modular with numerous plug-in to easily add new features.

Using the Software-As-A-Service (SAAS) model, Slack basic version is free, and users pay for options. Slack is now considered by the Github generation like the new main enterprise communication tool.

As I did in my previous article on the Github threat, this one won’t promote Slask’s advantages, as many other articles have already covered all these points ad nauseam, but to show the other side and to warn the companies using this service about its inherent risks. So far, these risks have been ignored, sometimes voluntary in the name of the “It works™” ideology. Neglecting all economic and safety consideration, neglecting all threat to privacy and individual freedom. We’ll see about them below.

Github, a software forge as a SAAS, with all the advantage but also all the risk of its economic model

All your company communication since its creation

When a start-up chooses Slack, all of its internal communication will be stored by Slack. When someone uses this service, the simple fact to chat through it means that the whole communication is archived.

One may point that within the basic Slack offer, only the last 10.000 messages can be read and searched. Bad argument. Slack stored every message and every file shared as it pleases. We’ll see below this application behavior is of capital importance in the Slack threat to enterprises.

And the problem is the same for all other companies which choose Slack at one point or another. If they replace their traditional communication method with it, Slack will have access to capital data, not only in volume, but also because of their value for the company itself… Or anyone interested in this company life.

One of the main arguments to use Slack is its “Search your entire archive” feature. One can search almost anything one can think of. Why? Because everything is indexed. Your team chat archive or the more or less confidential documents exchanged with the accountant department; everything is in it in order to provide the most effective search tool.

If Slack is the main communication tool of your company, and if as I’ve experienced in my professional life, some teams prefer to use it than to go to the office next door or even bug you to put the information on the dedicated channel, one can easily deduce that nothing—in this type of company—escape Slack. The automatic indexation and the search feature efficiency are excellent tools to get all the information needed, in quantity and in quality.

As such, it’s a great social engineering tool for everyone who has access to it, with a history as old as the use of Slack as a communication tool in the company.

Across borders… And Beyond!

Slack is a Web service which uses mainly Amazon Web services and most specially Cloudfront, as stated by the available information on Slack infrastructure.

Even without a complete study of said infrastructure, it’s easy to state that all the data regarding many innovative global companies around the world (and some of them including for all their internal communication since their creation) are located in the United States, or at least in the hands of a US company, which must follow US laws, a country with a well-known history of large scale industrial espionage, as the whistleblower Edward Snowden demonstrated it in 2013 and where company data access has no restriction under the Patriot Act, as in the Microsoft case (2014) where data stored in Ireland by the Redmond software editor have been given to US authorities. 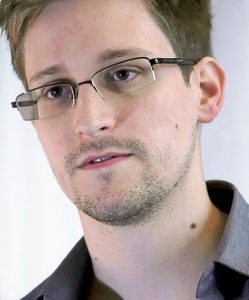 As such, Slack’s automatic indexation and search tool are a boon for anyone—spy agency or hacker—which get authorized access to it.

To trust a third party with all, or at least most of, your internal corporate communication is a certain risk for your company if the said third party doesn’t follow the same regulations as yours or if it has different interests, from a data security point of view or more globally on its competitiveness. A badly timed data leak can be catastrophic.

What’s the point of secretly preparing a new product launch or an aggressive takeover if all your recent Slack conversations have leaked, including your secret plans?

What if… Slack is hacked?

First let’s remember that even if a cyber attack may appear as a rare or hypothetical scenario to a badly informed and hurried manager, it is far from being as rare as she or he believes it (or wants to believe it).

Infrastructure hacking is quite common, as a regular visit to Hacker News will give you multiple evidence. And Slack itself has already been hacked.

February 2015: Slack is the victim during four days of a cyber attack, which was made public by the company in March. Officially, the unauthorized access was limited to information on the users’ profiles. It is impossible to measure exactly what and who was impacted by this attack. In a recent announcement, Yahoo confessed that these 3 billion accounts (you’ve read well: 3 billions) were compromised … late 2014!

Yahoo, the company which suffered the largest recorded cyberattack regarding the compromised account numbers

Officially, Slack stated that “No financial or payment information was accessed or compromised in this attack.” Which is, and by far, the least interesting of all data stored within Slack! With company internal communication indexed—sometimes from the very beginning of said company—and searchable, Slack may be a potential target for cybercriminal not looking for its users’ financial credentials but more their internal data already in a usable format. One can imagine Slack must give information on a massive data leak, which can’t be ignored. But what would happen if only one Slack user is the victim of said leak?

As we demonstrated above, companies need to find an alternative solution to Slack, one they can host themselves to reduce data leaks and industrial espionage and dependency on the Internet connection. Luckily, Slack success created its own copycats, some of them being also free software.

Rocket.chat is one of them. Its comprehensive service offers chat rooms, direct messages and file sharing but also videoconferencing and screen sharing, and even most features. Check their dedicated page. You can also try an online demo. And even more, Rocket Chat has a very simple extension system and an API.

Mattermost is another service which has the advantages of proximity and of compatibility with Slack. It offers numerous features including the main expected by this type of software. It also offers numerous apps and plug-ins to interact with online services, software forges, and continuous integration tools.

In the introduction, we discussed the “It works™” effect, usually invoked to dispel any arguments about data protection and exchange confidentiality we discussed in this article. True, one single developer can ask: why worry about it? All I want is to chat with my colleagues and send files!

Because Slack service subscription in the long term put the company continuously at risk. Maybe it’s not the employees’ place to worry about it, they just have to do their job the more efficiently possible. On the other side, the company management, usually non-technical, may not be aware of what risks will threaten their company with this technical choice. The technical management may pretend to be omniscient, nobody is fooled.

Either someone from the direction will ask the right question (where are our data and who can access them?) or someone from the technical side alert them officially on these problems. This is this technical audience, even if not always heard by their direction, which is the target of this article. May they find in it the right arguments to be convincing.

We hope that the several points we developed in this article will help you to make the right choice.

14 thoughts on “The Slack Threat”