I use Ansible to automate the deployments of my websites (LinuxJobs.fr, Journal du hacker) and my applications (Feed2toot, Feed2tweet). I’ll describe in this blog post my setup in order to test my Ansible Playbooks locally on my laptop. 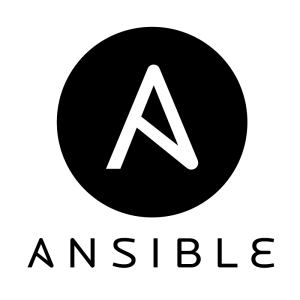 Why testing the Ansible Playbooks

I need a simple and a fast way to test the deployments of my Ansible Playbooks locally on my laptop, especially at the beginning of writing a new Playbook, because deploying directly on the production server is both reeeeally slow… and risky for my services in production.

Instead of deploying on a remote server, I’ll deploy my Playbooks on a VirtualBox using Vagrant. This allows getting quickly the result of a new modification, iterating and fixing as fast as possible.

Disclaimer: I am not a profesionnal programmer. There might exist better solutions and I’m only describing one solution of testing Ansible Playbooks I find both easy and efficient for my own use cases. 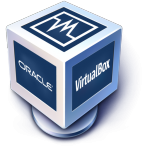 Second, you need Vagrant. Why Vagrant? Because it’s a kind of middleware between your development environment and your virtual machine, allowing programmatically reproducible operations and easy linking your deployments and the virtual machine. Install it with the following command:

Everything about Vagrant lies in the file Vagrantfile. Here is mine:

Debian, the best OS to operate your online services

When Vagrant launches Ansible, it’s going to launch something like:

After writing your Vagrantfile, you need to launch your VM. It’s as simple as using the following command:

That’s a slow operation, because the VM will be launched, the additionnal apps you defined in the Vagrantfile will be installed and finally your Playbook will be deployed on it. You should sparsely use it.

Ok, now we’re really ready to iterate fast. Between your different modifications, in order to test your deployments fast and on a regular basis, just use the following command:

Once your Ansible Playbook is finally ready, usually after lots of iterations (at least that’s my case), you should test it on a fresh install, because your different iterations may have modified your virtual machine and could trigger unexpected results.

In order to test it from a fresh install, use the following command:

That’s again a slow operation. You should use it when you’re pretty sure your Ansible Playbook is almost finished. After testing your deployment on a fresh VM, you’re now ready to deploy in production.Or at least better prepared :p

I find the setup described in this blog post quite useful for my use cases. I can iterate quite fast especially when I begin writing a new playbook, not only on the playbook but sometimes on my own latest apps, not yet ready to be deployed in production. Deploying on a remote server would be both slow and dangerous for my services in production.

I could use a continous integration (CI) server, but that’s not the topic of this blog post.  As said before, the goal is to iterate as fast as possible in the beginning of writing a new Ansible Playbook. 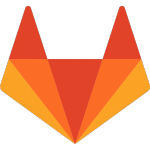 Commiting, pushing to your Git repository and waiting for the execution of your CI tests is overkill at the beginning of your Ansible Playbook, when it’s full of errors waiting to be debugged one by one. I think CI is more useful later in the life of the Ansible Playbooks, especially when different people work on it and you have a set or code quality rules to enforce. That’s only my opinion and it’s open to discussion, one more time I’m not a professionnal programmer.

If you have better solutions to test Ansible Playbooks or to improve the one describe here, let me know by writing a comment or by contacting me through my accounts on social networks below, I’ll be delighted to listen to your improvements.

Carl Chenet, Free Software Indie Hacker, Founder of LinuxJobs.fr, a job board for Free and Open Source Jobs in France.