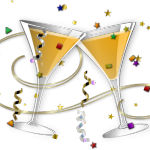 What’s the purpose of Retweet?

Let’s face it, it’s more and more difficult to communicate about our projects. Even writing an awesome app is not enough any more. If you don’t appear on a regular basis on social networks, everybody thinks you quit or that the project is stalled.

But what if you already have built an audience on Twitter for, let’s say, your personal account. Now you want to automatically retweet and like all tweets from the account of your new project, to push it forward.

Sure, you can do it manually, like in the old good 90’s… or you can use Retweet!