I’m the Founder of LinuxJobs.fr, a French job board for Free and Open Source Software (FOSS) jobs. I use a pay-per-job-offer model. When a recruiter creates an account, he usually either buys a job offer pack (1, 5, 10 or 15 job offers), either leaves, realizing he has to pay for posting job offers. Like every entrepreneurs offering an per-pay online service, my goal is to improve my conversion rate.

Some months ago, I was reading  a Tweet by Peter Levels, a.k.a @levelsio, Serial Entrepreneur and the Founder of NomadList, RemoteOK and lots of other websites dedicated to the Nomad and Remote workers. Below is his tweet:

I made this robot today: it emails users who started sign up, but didn’t finish & offers a discount. Result: 2 extra sales in last 12h 🤖❤️💰 pic.twitter.com/UXruRfjiAi

He was sharing his experience about having written a bot offering a discount after some days to the subscribers who didn’t buy the service yet and Peter told in the tweet that this bot improved his sales. Seems like too simple. I was like “Seriously? That trick really works?”.

Before coding anything, I had a look in my database and 4 recruiters subscribed recently and didn’t buy a job offer pack. I emailed them a discount code with a 15% discount if they were buying a job offer pack in the next 2 days. I was like “Come on, no way that’s going to work”. A few hours later, my notification system told me someone just bought a pack with the discount code. I was speechless. Without a single line of code, I had the validation that I could improve the conversion rate of my service (and thanks Peter!). 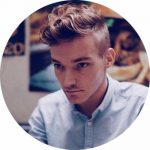 Peter Levels, Serial Entrepreneur and the Founder of NomadList

I’m a big fan of Free Software, so my bot DiscountBot is available from the start on Gitlab and documented (check my last blog post to know how to install it and use it). 4 hours were enough to write, test and push this bot in production.

The results so far

LinuxJobs.fr became subcribers-only some months ago, February 2017. It’s still a small project (+400€/m) but having a look at the incomes 2 days ago, I realized that DiscountBot, that piece of code I wrote months ago in 4 hours, generated 10% of all the incomes of LinuxJobs.fr!  Not bad for a simple and efficient idea and a few lines of code.

Even if you don’t use my program DiscountBot, think about this process, it just works and will improve your conversion rate.

Carl Chenet, Free Software Indie Hacker, Founder of LinuxJobs.fr, a job board for Free and Open Source Jobs in France.